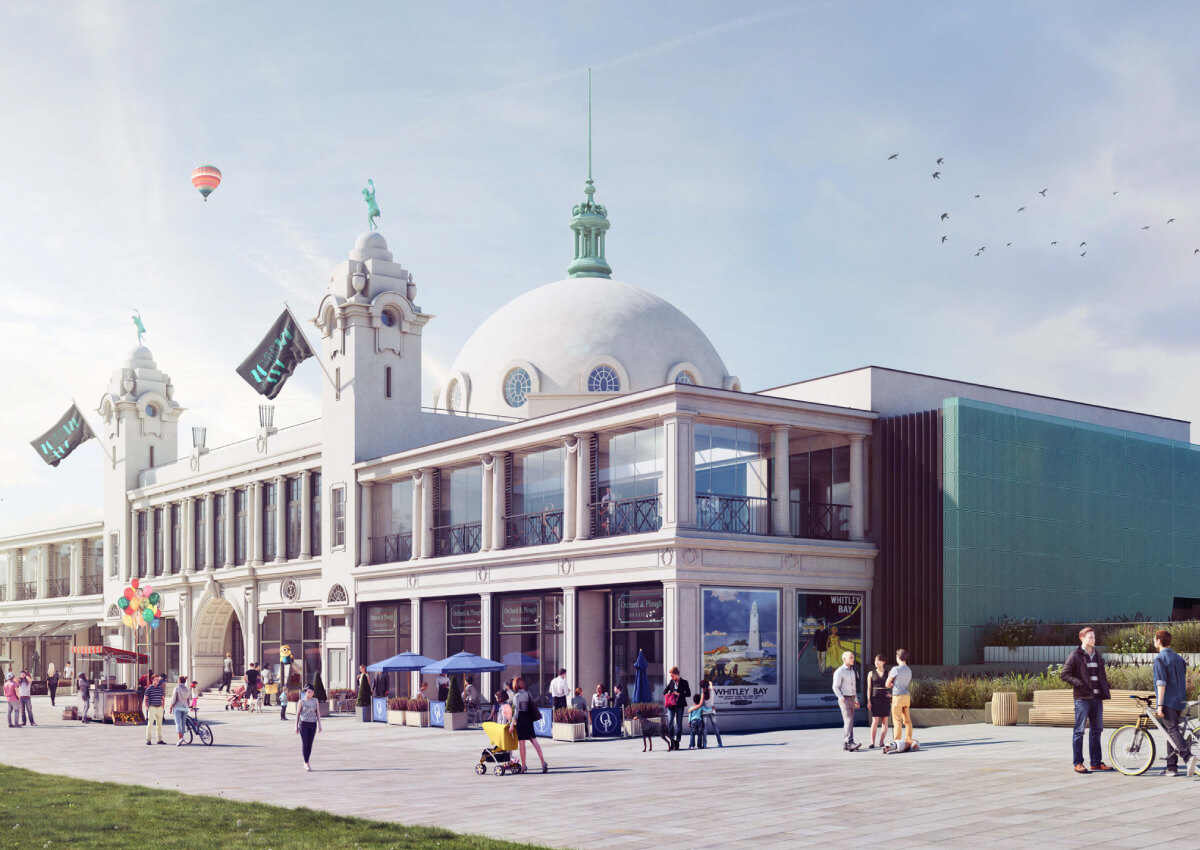 The Spanish City is a Grade II listed seaside attraction building built in 1910. Located on the seafront of Whitley Bay, it was the hub of entertainment containing a ballroom, funfair, restaurant and tearoom.

The Renaissance-style building faces the sea, with a 180 ft-long front and a depth of 275ft. The building is recognised by its distinctive dome that rises 75ft above the foundation and has a diameter of 50ft, reinforced by concrete. The original architects were Robert Burns Dick, Charles T. Marshall, and James Cackett of Cackett and Burns Dick. J. Coulson was a design consultant and L. G. Mouchel were structural consultants. Davidson and Miller were the contractors.

Why the attraction is called Spanish City

The Spanish City first opened on 7th May 1910 and the Union Jack was flown at half-mast in tribute to King Edward VII who had died the previous day. The origins of the ‘Spanish City’ name came from a travelling ‘Toreadors’ concert party who played in a temporary Spanish-style painted stage set in 1907. The popular act returned to Whitley Bay each summer which influenced permanent amusements to be created.

The complex had fallen into disrepair and was closed in 1999. In June 2011 ADP Architects won a commission to regenerate the Spanish City and once receiving a grant of £3.7m from the Heritage Lottery Fund in November 2013 work was back on schedule for completion summer 2018. The project was undertaken by Robertson North East. It was procured through Scape Group’s National Major Works framework, then superseded by Major Works Scotland, part of the (Scape) National Construction framework, and delivered by Robertson in partnership with Willmott Dixon.

Local trading company, Kymel planned for the new Spanish City to be inspired by the rich history and to include restaurants, fine dining, tearooms, event spaces and a champagne bar. The original 1910 historic architect features were lost in the 1970s however ADP Architects have reinstated on the promenade elevation, including repairs throughout. Decorative tops and cupolas were rebuilt to the 1910 design, using historic images and drawings as reference. Shop fronts, doors and window were reinstated in keeping with the Edwardian Grade II listed building. Contemporary extensions were also added to maximise lettable space.

Our contribution to Spanish City

Here at CCN, we are proud to have contributed towards the Spanish City regeneration project, having supplied 62no CEDor internal timber doorsets NFR/FD30s/FD60s including fully factory glazed. 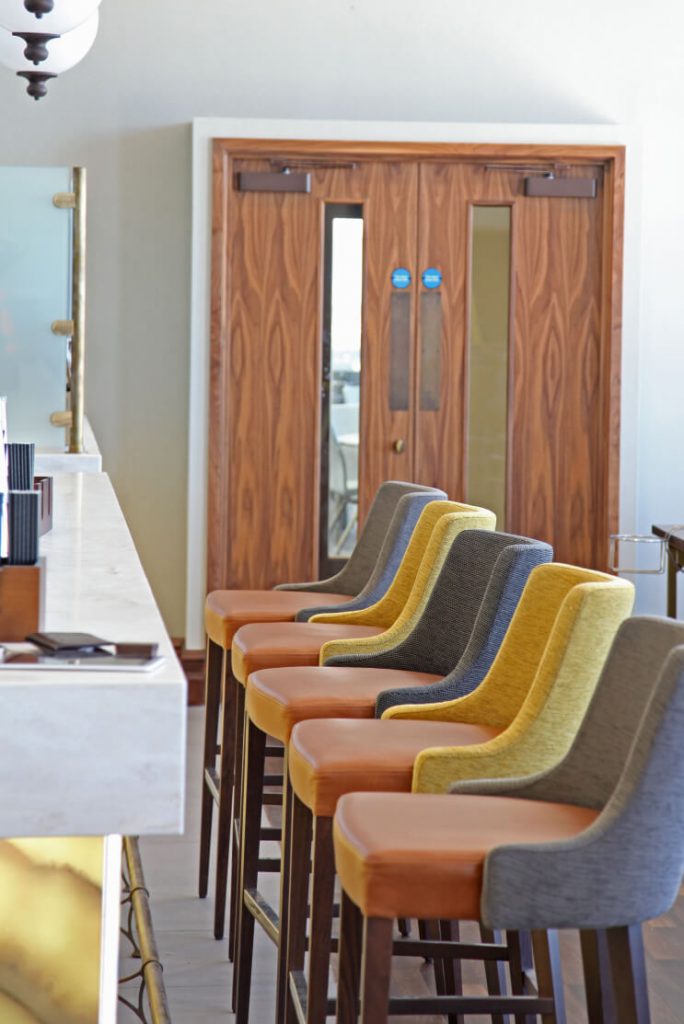 The National Centre for Healthcare Photonics